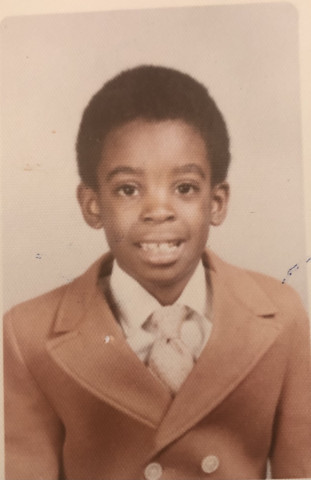 Our recent antiracism training facilitated by Kimme Carlos put me in touch with many of my personal emotions. I have always felt uncomfortable discussing issues associated with racism. I know it exists and I know it is sometimes necessary, but as a black man who has lived through it, the idea of discussing it at a times when I don’t necessarily have to is very difficult. Not only does it harbor difficult emotions in me, but it compels me to relive some of my unresolved issues. I know that there are times when it is necessary, especially as I continue to see things unravel in this nation. However, similar to the ideology of my fore parents, I hoped that the things we’ve encountered would get better with time. Sadly, I’ve learned is that not only have these behaviors not disappeared, but they have just been hidden more carefully. One of the areas in my life that I have struggled with is the post-traumatic stress I encountered as a child by a very insensitive second grade teacher, who publically embarrassed me in my classroom over an issue, that I in reflection realize, has haunted me now for the past fifty years. My parents, who were divorced, engaged in a confrontation at my elementary school. My father came to take me out of school to attend a circus and my stepfather arrived at the school to ensure that he didn’t. Although the confrontation was basically civil and occurred within the privacy of the principal’s office, it resulted in my being returned to class after I had gleefully told my classmates that I would be leaving for the day. The experience left me feeling quite traumatized and embarrassed. Sadly, my very insensitive teacher further escalated the situation by using my experience to publically teach the entire class about divorce, parents who no longer live together, and step-parenting. This class discussion reinforced my already fragile poor self- image. I recall my teacher standing me in front of the class with her arms around me and explaining to the class that my parents didn’t live together and that they were divorced, and that the other man who came to school was my stepfather. I recall her then allowing the students to ask me questions about why my parents didn’t love each other anymore and why my mother loved another man. I was one of two black students in the entire class, and it reinforced an internalized thought of being less than because I was black, as well as the added shame that my parents were divorced and did not live together. A double shame. Today I believe it was an act of both bigotry and racism because I believe the teacher used her white privilege as a means to normalize divorce, at my expense, to a predominately white class, and saw nothing wrong with her actions. The self-perceived shame caused me to internalize the entire event and never disclose it to my parents. I do not think that she would have done the same to a white student, and if she did, I’m sure the white student would have felt comfortable in sharing the event with their parents who would have wreaked havoc on the teacher and school for allowing such a unfortunate occurrence to take place. My clinical work has exposed me to the realization that this experience traumatized me and has contributed to unhealthy work related relationships with white women in authority. Rather than to confront my feelings, I frequently become resentful, internalize my thoughts and avoid conflict at any cost. I also harbor those emotions and have difficulty processing constructive criticism. Experiences like this are a prime example of what many people of color have experienced and internalized over the course of their lifetime. These inner feelings produce adverse mental and physical behaviors. It may be the even be the contributor of an array of maladaptive behaviors. I felt it was an important story to share, not only in my own process of recovery, but for others as they grapple with why they do the things they do. For individuals who work with people of color, areas of mistrust and ambivalence may be erroneously perceived as aloof or non-caring. Having open and honest dialogues, building trust and being willing to listen are paramount in combatting difficulties like these.

How Can We ASYSST You? Your Mental Health is Important!

Thank you for sharing your voice!

Never underestimate the impact you have on others. Be mindful of your words and actions with children -- they will never forget how you made them feel.

0 Cancel Reply
Never underestimate the impact you have on others. Be mindful of your words and actions with children -- they will never forget how you made them feel.
Cancel Update Comment

Thank you for being transparent with this sensitive, and delicate area of discussion. Trauma has lasting effects; psychological, emotional, and even physical ones, but connecting with a support system, that's genuine is vital to recovery.

0 Cancel Reply
Thank you for being transparent with this sensitive, and delicate area of discussion. Trauma has lasting effects; psychological, emotional, and even physical ones, but connecting with a support system, that's genuine is vital to recovery.
Cancel Update Comment
First Page Previous Page 1 Next Page Last Page